Hamish Brown's previous career experience entailed managerial roles at NYX Gaming, Catena Media, NextGen studios, and others. So, armed with the connections he built during his time with these companies, he launched Gamefish Global in 2018. Soon after, the studio began production of exclusive titles to casinos online. But to circulate their games even more amongst gambling platforms, it resorted to creating partnerships.

Back in 2019, GG together with a start-up company called WeAreCasino cut a new deal. The latter has their headquarters in Malta, where the studio was founded a year-younger in 2017. GG's alliance with the older provider led to the combination of each studio's multi-genre libraries featuring slots, live games, and others. The goal, in the end, is the reciprocal distribution of their respective games to each other's clients.

Through deals made with those studios, Gamefish is privy to first-class innovative solutions for all devices (desktop and mobile). In its entirety, the services you'll find in the studio are the provision of third-party casino titles, bespoke and outsourced game development, mathematics models design, and expert iGaming consultancy.

The studio's engines are GameNet and GameCast. With the first, it's a solutions aggregation technology that combines both the in-house and partner studios' solutions. In turn, this enables a seamless distribution through a single system. As for GameNet, it's an exclusive remote game server that assists with designing varied and technologically complex game solutions onto a particular platform. Aside from the Australian HQ, the studio also has additional centers in Canada, Ukraine, etc. 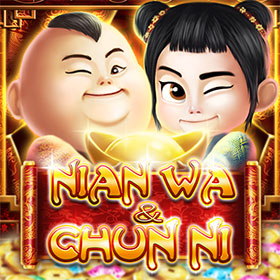 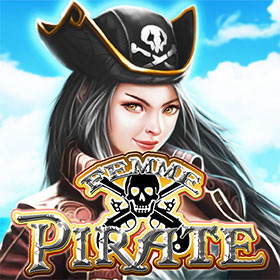 In the studio's words, Gamefish Global has a preference for contemporary themes. Namely, they take pride in developing titles with a focus on culture. From oriental themes to sci-fi worlds, Gamefish's library is small, but each game is well-made.

With about 10 titles spanning casino-game genres such as slots, bingo games, table games, and live casino games—I've surfed through and selected the ones with high appeal. Slick story plots, rewarding in-game features, and an appealing jackpot are common with each. Find out more right away!

Sakurako is a sakura tree-themed video slot with 5 reels and mouth-watering 243 paylines. Yes, the title is heavily inspired by Oriental culture, which means not only the graphics are thematic, but the sound too. Features to expect in the game are wild and scatter symbol, bonus game, and an accommodating coin range going from a minimum of 0.3 to a max of 30 coins.

Starting with the symbols, the wild is a Japanese woman with an Edo era hairstyle (you can't miss her). The scatter symbol, on the other hand, is the castle off in the distance. These are the best in terms of value, but the gold chest and fans follow close behind (12 symbols in total).

Moving on to the combos, your eyes shouldn't stray much from the Wilds and scatters. The former does the norm and substitute for all symbols (scatter not excluded), but then gives a multiplier up to x50 your bet. For the latter, it triggers the bonus game level. Whenever you hit three, four, or five scatters, you're given 10, 15, or 20 free spins respectively. Are you curious about the game?

The Monkey King vs The Devil Bull is a slot promising victory and rewards in a battle between familiar characters. It's a fight between two giants; the Monkey King infamously divides himself across the reels, while the devil bull tries to charge him down.

This slot also has a 5x3 reel along with 243 paylines. 12 symbols cascade down to form different winning combos, but the best ones are the wild (Monkey King) and scatter (royal woman). This is followed by the bull, a pig, warrior, and a horse to complete the oriental theme. Now, for the best part; get three, four, or five scatters, and you'll be given free spins and a multiplier up to 400 x your bet.

As for the wild symbol, it substitutes for symbols (except the scatter), but it's especially useful during free spins mode. Therein, Monkey King flies across the reels, making replicas (three Wilds) in total to create bigger clusters. It uses the same coin range of 0.30 to 30 coins, perfect for every time of roller. Do you think you can squash the beef between these two legends?

Hit the high seas in Femme Pirate, and like every pirate before you, pull off successful heists. There are the usual features in the game such as wild symbol and substitution, scatter symbol and a bonus level. By the way, Femme Pirate is a 5x3-reel slot with up to 243 paylines as well.

Having mentioned that, the best symbols to form combos with are the wild and scatter, while others like the pair of guns, treasure map, compass, and ship come a bit close. With the wild symbol (a pirate), it can switch places with all symbols except the scatter and also gives an x2 multiplier (up to x6 in free spins mode).

As for the scatter, it triggers the free spins mode if three or more scatters appear. You'll be given upwards of 15 free spins as well as a fat multiplier 50 x your win. The bet range goes from a minimum of 0.3 coins to 30 coins maximum. Ready to pillage all who dare sail your ocean?

The Beauty of the East Slot

The Beauty of the East is a slot that focuses on an eastern princess and her magical amulet. The loot is the temper treasure, and getting it is where your luck comes in. This is a 5x3 reel slot with 243 satisfying paylines. Symbols to expect are the wild, scatter, a heart-throb, dragon, jade bracelet, vase, and then ace card values.

In any casino game, combos are everything, and the best ones in Beauty of the East are the princess (scatter) and her magical amulet (wild). Get 3 or more scatters, and you'll be awarded 10, 15, or even 20 free spins. Coupled with that, a multiplier perk is also given (up to 50 x your win).

The wild symbols, on another hand, can be switched for all symbols together with the scatter for bigger wins. It also only appears on reels 2, 3, and 4. A three-wild combo like that during a free spin always activates a multiplier perk up to 24 x your bet. And speaking of bets, the betting range is flexible enough for punters, ranging from 0.30 to 30 coins. Interested in winning the princess's hand, and thus fortune?

Yeah, you guessed it in one! Nian Wa & Chun Ni is another Oriental-themed slot. It's a 5-reel slot that follows the adventure of Nian Wa and Chun Ni, two cultural characters. The game features 12 cascading symbols across 243 paylines. All of the symbols remain thematic, varying from gold coins and fruit trees that add multipliers to the good food.

Even so, the wild and scatters offer bigger wins than anything else in the game. There are three types of wilds (bronze, silver, and gold) and they can all substitute for any of the symbols (even the scatter). Appearing on only the 2nd, 3rd, and 4th reels, they activate a multiplier up to 30 x your win.

Longgui is a Chinese-inspired slot with 5 reels and up to 243 paylines to form combos. The game has the usual, such as a bonus level, wilds, wild substitution, and a repertoire of symbols native to the legendary lore. Symbols include Koi fish, a plum tree, gourd, and ace card values. But above all, the wild scatter symbols are the highlights of the game.

Beginning with the first, there are three wilds; the bronze, silver, and gold dragons, and they can all replaced any symbol (the scatter not excluded). As for the scatters (the Chinese coins, but gold), you need three or more to get the free spins. The spins in question are capped at 50, plus there's also a multiplier attached (50 x your bet) to your bets.