Asia Gaming has been operating for almost 8 years. Asia gaming started operating in 2012 and was created by a team of experts in the gambling and casino industry. The company focuses operations on areas in Asia and the United Kingdom although their games can be accessed in most parts of the world. They currently have over 42 slot games that are available on about 130 gaming sites.

They have their headquarters in the National Capital Region Philippines with offices in Vietnam and Taiwan. On their team, they have various professionals including system engineers, product managers; full-stack engineers, marketing specialists, visual designers, editors, and some other professionals.

In May 2013, Asia Gaming took part in the 2013 edition of the Asia International Gaming Expo (G2E). The expo, which is the top gaming event in Asia, held between May 21st and May 23rd, 2013 in Macau and Asia Gaming were on hand to display their product. On this occasion, Asia Gaming revealed the premier mi card Baccarat in the world and their live dealer system. Asia Gaming looked to reinforce their values of fairness and openness and they did this by showcasing the processes of their live dealer platform and their video transmission. They had at least 1000 people at their stand to have a feel of what Asia Gaming had to offer.

Asia Gaming was also present at the ICE totally gaming that held in ExCeL London in 2015. The ICE totally gaming is perhaps the largest gaming trade event and it usually features gaming companies from different sectors. The program held between 3rd and 5th February and there were a lot of programs for Asia Gaming to participate in. There was the presentation of games to the people who were at the stand of Asia Gaming. There were enough souvenirs on the ground for the attendees too and on this day, Asia Gaming had a professional dealer demonstrate some games.

On the second day, members of staff of Asia Gaming were on hand to demonstrate how some of their games work, they played squeeze cards with some attendees and there were moments when they took pictures with the attendees at the stand. On the final day, there were even more presentations, souvenirs, pictures, and selfies.

In 2015, Asia Gaming participated in another edition of G2E. This edition held between May 19 and May 21, 2015, at the Venetian Macao Convention and Exhibition Centre, Macao China. This edition of the G2E attracted more attendees than the 2014 edition of the program with over 180 exhibitors present. At this event, Asia Gaming had a professional dealer on ground for attendees who were willing to deal. The Japanese Celebrity, Yoshizawa Akiho, also paid a visit to the stand of Asia Gaming where she played 6 Plus Hold’em. Of course, some attendees got autographs from her and took selfies with her. Yoshizawa did a lot (actively and inactively) to pull the crowd towards the Asia Gaming stand at the G2E 2015.

On one of the dealing tables, dealers were on hand for people to play their live dealer baccarat and on another table, their Interactive Bid Baccarat was on display for attendees to play. There was also a corner for people who wanted to squeeze cards in IntelliMode. All in all, most of the visitors at the Asia Gaming stands were immersed in the live dealing games.

On 12 October 205, XIN Gaming and Asia Gaming agreed on a partnership that saw XIN Gaming begin to distribute its slot games on Asia Gaming platforms. According to Asia Gaming CEO, XIN Gaming’s adept understanding of game development played a huge part in facilitating the deal.

Another celebrity was on hand at the Asia Gaming stand; Phil Ivey, a famous poker player, came around and talked about his experience playing Texas Hold’em. The people at Asia Gaming refer to G2E 2015 as a huge success for them due to the large turnout they had at their stands.

Between February 2 and February 4, 2016, the 2016 edition of ICE totally gaming held in ExCeL London. Asia Gaming had its theme for this edition and it was called “Gaming the Asian Way”. The 2016 ICE was the second ICE which Asia Gaming was a part of and for this event, they had 6 models – 3 Asians and 3 Caucasians. This was a way for them to match their theme for the event.

Their stand for this event was at no. N1-550 which was uniquely designed. On display was the Live Casino which attracted many guests. Guests also hung around the Asia Gaming stand to discuss their gaming ideas and experiences. On the second day of the event, guests were allowed to play their games on tablets and like on the first day, guests also gathered to discuss gaming ideas and experiences.

On the last day, their latest products were on display, guests experienced the live casino games and the sales director was interviewed. In that interview, he discussed the realities and expectations of the gaming business in Asia.

As usual, the G2E 2016 held in Macau and once again Asia Gaming was a part of it. Asia Gaming was domiciled at stand 1619 this time around. The program which held from 17th May to 19th May 2016, saw a lot of glamour, competition, and interaction between staff of Asia Gaming and the guests.

In 2017, during the Chinese New Year, Asia Gaming held an event called the Red Packet Rush. The event which held between 9th and 11th February 2017 saw a player win more than 11000 dollars after he collected red packets equivalent to that amount.

After attending a successful ICE 2017 in February 2017, Asia Gaming was also a part of G2E Asia 2017 in Macau. At G2E 2017, Asia Gaming had the European-style Blackjack on display and they also featured their Baccarat tournament.

On 9 September 2017, Asia Gaming became partners with YoPlay. The partnership saw the introduction of YoPlay’s arcade games into Asia Gaming’s game range – a way to diversify the range of games offered to the players. The deal came after the 2 companies met at G2E 2017.

To celebrate the lantern festival, in February 2019, Asia Gaming and partners decided to do a 1 million RMB giveaway. The event that held on the Asia Gaming platform saw players answering as many questions as they could until they reached the end and got the top prize.

Asia Gaming currently has over 42 games that run on the HTML5 platform. Using HTML5 allows the slots to run on different devices smoothly. Also, Asia Gaming has a mobile application (AG App) on which their games can run too. The AG App was created in February 2014 and is supported by iOS and Android devices. 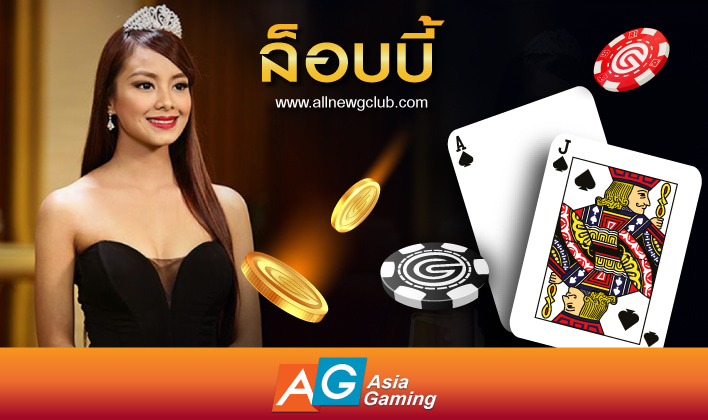 Win Three Cards is also called Fried Golden Flower. In this game, the players are dealt 3 cards and they place a bet on getting either Dragon or Phoenix or the other card types. Players can also bet on Dragon and Phoenix cards at the same time.

A non-natural hand would win if the difference in point relative to the other hand is at least 4.

Bull Fight is a bit similar to Fried Golden Flower. However, in Bull Fight, 5 cards are dealt with the players instead of 3.

In Bull Fight, a timer is started, the players make their bet and when the timer stops, the dealer runs through the card to determine the winner. The players bet on either the Black Bull, the Red Bull or one of the special card types. The players may also choose to wager on both Bulls at the same time.

The winner is the player who bet on the bull with a higher value or card type. When the card types of either Bull are the same, a tie ensues and the value of the cards is not considered. The Five Calf is the card combination with the highest value followed by Bomb, Gold Bull, and Silver Bull. These combinations also pay the highest.

The No Bull combination is the card combination with the lowest value; No Bull is a combination of 5 cards with a total of 3 cards not equalling a multiple of 10.

The game starts with the player placing a bet after which the dealer deals the player cards face up and deals him/herself cards face down.

The player chooses from the action then the dealer reveals the cards facing down. The player and the dealer then compare the sum of the counts of their cards.

Blackjack has the highest ranking of hands while bust has the lowest. Basically, if the player has a hand value beyond 21 points, the players busts and loses.

In Sic Bo, the players place their bet within a period determined by a timer. At the end of this period, the banker initiates the dice rolling by activating the dice rolling machine. The result is displayed on a screen and the winners are those whose bet corresponds with the result displayed.

The players place their bets on either the sum of the outcome of the dice rolled, whether the outcome is an odd or even number and the combination of the numbers on the dice.

When the player places a bet on the outcome being odd or even, they get nothing if the result is a triple.

The Asia Gaming roulette is similar to the European Roulette with a single zero. The wheel has pockets colored green, red and black; these pockets are numbered 1 to 36.

A timer signals the beginning of the betting period for the players. After the timer ends, the dealer spins the wheel and the ball in opposite directions until the ball stops on a pocket. The number or color of the pocket on which the ball finally rests on determines the payoff of the players.

Direct bets have the highest pay off while Big/Small, Odd/Even and Red/Black have the lowest payoff.